Even though marijuana comes in the form of a natural plant, this does not mean it does not have any risks. Most people do not see it as a harmful substance compared to harder drugs like cocaine or heroin. However, marijuana users can still experience withdrawal symptoms when they stop using the drug because they may become dependent. People who use the drug daily are at a higher risk of becoming addicted to cannabis and getting marijuana withdrawal symptoms when they quit.

Once a person’s marijuana use starts interfering with their daily life, and they cannot stop using it despite negative consequences, this indicates a deeper problem. At this point, addiction treatment is necessary to help the individual escape the shackles of using cannabis, particularly if other substances are also being abused. Withdrawal is usually associated with substances such as alcohol, nicotine, and opioids, but it also happens with marijuana, especially in people who use the drug every day.

The Marijuana Withdrawal Symptoms To Expect 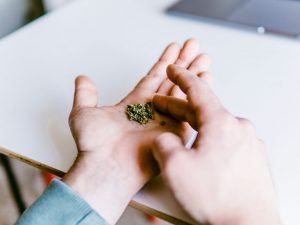 Marijuana has compounds known as cannabinoids, such as THC (tetrahydrocannabinol), which is the primary component responsible for making users feel high. When one takes cannabis, this THC compound stimulates the cannabinoid receptors in the body and brain, producing a euphoric effect. When you use cannabis, you are taking in a rush of cannabinoids from the drug, even as the body also generates its own. With time, cannabis makes the body reduce its natural cannabinoid production. The body and the brain have established ways to make sure you maintain your natural levels of cannabinoids.

Marijuana withdrawal symptoms experienced by people physically dependent on the drug include:

Other less frequent symptoms experienced during marijuana withdrawal include:

There are multiple types of marijuana preparations, doses, and strains that all determine each person’s kind of withdrawal experience. Certain factors will influence the intensity of marijuana withdrawal symptoms and the duration of the detox timeline. They include: 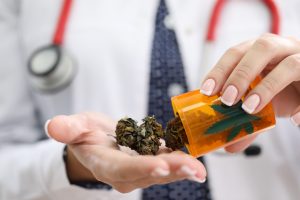 Even though marijuana withdrawal is not usually life-threatening, the experience can be pretty uncomfortable. The severity of the symptoms will be different from person to person. Most people can experience mild marijuana withdrawal, which does not significantly impact their day-to-day routine. However, the symptoms can become so severe that you might have to seek medical attention. An example of this is when some people feel unable to socialize without cannabis while others get mild anxiety. Possibly the most harmful symptom of marijuana withdrawal is possible dehydration resulting from not eating and sweating. You can easily manage this by taking a lot of water.

For the first few hours after stopping marijuana, the withdrawal symptoms will start occurring in the user. Within the first 2 to 3 days, frequent marijuana users will experience higher levels of anxiety and irritability aside from the other symptoms. On the 4th day of cannabis withdrawal, the individual will start to get back their appetite. The symptoms will peak by the tenth day and gradually ease up afterward until around the 20th day. For most people, most of the withdrawal symptoms will have gone within a week.

However, even when the physical withdrawal symptoms such as insomnia and anxiety have gone away for regular marijuana users, they may still exhibit psychological dependence for weeks or months. Such individuals might feel the need to use cannabis to get through the day, relax after work, or interact socially. This is especially true for people who rely on cannabis for other problems such as social anxiety or depression. People who have been using marijuana daily for years may feel very unusual not using the drug regularly anymore.

Individuals who experience severe withdrawal symptoms when detoxing from marijuana or find it challenging to stop should get professional assistance. It is advisable to speak to an addiction specialist or your medical provider if you experience the following:

Here are a few ways to manage marijuana withdrawal and make the process a bit easier:

It can be more challenging to deal with marijuana withdrawal without the proper support and tools, so it is vital to speak to a medical professional to advise you based on your situation.