It is common for people to experience physical dependence when using certain drugs for an extended period. The body develops a tolerance to the drug, and when the user goes without it or tries to reduce the dosage, they experience withdrawal symptoms. When you become tolerant to a drug, you will need a higher dose to get the same effects because lower doses no longer work as desired. The same also applies to Valium. Addiction and chemical dependency are two effects of long-term Valium use on the brain. When the user’s central nervous system has gotten used to Valium for the regulation of electrical activity, then they will need to take more of the medication to experience the desired effects. Valium tolerance can gradually cause dependency on the drug.

Valium tolerance typically happens six months after the person starts using this medication. For some users, dependency and tolerance can spiral into addiction, which is the compulsive and chronic need to take Valium regardless of negative health aftereffects. A severe addiction to Valium affects both the brain and the body. When one is chemically dependent on this medication, the body and brain will need it to function normally every day. Reducing or quitting the drug cold turkey can cause Valium withdrawal which can be unpleasant and dangerous. The user can feel anxious, restless, or agitated without the drug. This withdrawal from the drug can come with psychological and physical symptoms such as tremors, headaches, vomiting, increased heart rate, and vomiting. Valium withdrawal symptoms can be uncomfortable and painful, so quitting the drug too suddenly can be very risky for the user.

Valium is usually available in liquid/concentrate, solution, or tablet form for users to take orally. This medication is typically taken one to four times daily and used with or without food. The prescribed dosage of Valium will vary for each user. For individuals taking it to treat social anxiety disorder, a doctor might start by prescribing a low dosage to take for a specific period, like a week. Afterwards, they would follow up by assessing the effectiveness of this dosage and any side effects experienced then adjust the dosage accordingly. Overall, Valium dosages are personalized to achieve the optimal beneficial results for users.

Valium should only be taken according to the doctor’s recommendations. Users should avoid taking it for longer, more frequently, or increase the dosage against what was advised. Using too much Valium for an extended period can make you physically and mentally dependent on it, resulting in withdrawal symptoms. Users also shouldn’t take this medication in another way than expected.

Valium tablets should be swallowed whole and not chewed, broken, or crushed before use. When using the oral solution form of this medication:

When taking Valium, make sure you follow the instructions on the label or the doctor’s directions. Altering one’s mode, frequency, or duration of use without a doctor’s recommendation counts as misuse or abuse, and it can lead to dependence or addiction. This can lead to Valium withdrawal symptoms when you try to reduce the dosage or stop taking the drug altogether. You should not change the dose unless your physician advises you to do it.

The amount of Valium taken is dependent on the strength of the medication. The tablet form of this drug can be given two to four times every day in dosages varying from two to ten mg. Valium strengths available include: 10 mg, 5 mg, and 2 mg. If you are taking high doses of Valium, especially higher strengths of the drug, you may eventually become dependent or addicted to the drug. Users should only take up to 10 mg of Valium at a time, and that is only when you have a high tolerance for it. Using high amounts of Valium just to get high can have serious side effects such as the increased risk for accidents, impaired alertness, judgment, and balance. Snorting Valium for the high feeling also increases one’s risk of overdosing on it.

Valium Interactions With Other Drugs 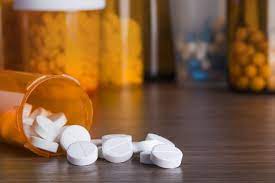 Users should exercise caution when using Valium with other drugs such as antidepressants, barbiturates, narcotics, sedative antihistamines, anaesthetics, narcotic analgesics, anticonvulsants, hypnotics, sedatives, antipsychotics, and phenothiazines. Additionally, Valium’s effects can be more intense if used with alcohol, so it is advisable to avoid drinking when taking this medication. This decreases the likelihood fo experiencing severe side effects and becoming dependent. Combining Valium with opioids such as Vicodin and OxyContin is dangerous and can cause death, coma, respiratory depression, and heightened sedation.

Overall, there is already a risk of becoming psychologically and physically dependent when taking Valium on its own. However, when you use it with potentially addictive medications, the risk becomes even higher. This also applies when modifying the dosage, frequency, or mode of Valium use without a doctor’s recommendation. Thus, when you suddenly try to reduce the dosage you have been taking or quit cold turkey, you find yourself experiencing Valium withdrawal symptoms. These may include having a depressed mood, trouble sleeping, or even seizures which can be severe. This is why it is essential always to follow the doctor’s recommendation for Valium dosing and use.