Xanax is a highly potent drug since it can cause severe withdrawal symptoms which can be worse than other benzodiazepines, a class of drugs where Xanax is classified. Due to a rampant medical prescription which has reached about 45 million in 2017, cases of drug misuse hit more than five million in the following year.

This is a serious case since consuming the drug for only a couple of days can already cause physical dependence. Once used in more than six months, patients are likely to experience moderate to severe withdrawal symptoms. And withdrawal can only be safely treated with the supervision of a physician in at least eight weeks. 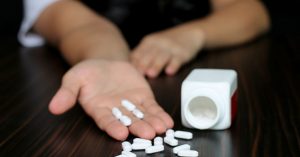 Xanax withdrawal can affect both physical and psychological aspects of the body and the symptoms vary from each person.  It is also likely to bring episodes of relapse to what it is prescribed for such as anxiety or panic disorders. This is the reason why professional help is necessary during withdrawal treatment.

About 60% of people who have used the drug in at least six months experienced mild withdrawal symptoms while the remaining 40% experienced moderate to severe symptoms. If you are under a withdrawal treatment of the drug, you can expect the following conditions between eight and twelve hours after your last dose. 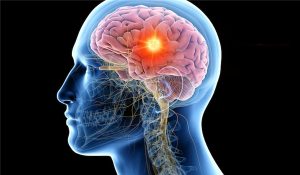 Withdrawal can affect an individual’s sense of sight, smell, hearing, and taste. Some may lose their appetite while others may lose their sense of smell. Some may experience blurred vision or be sensitive to light and sound. Sometimes, affecting one’s vision can cause headache, nausea, and vomiting, which can also commonly happen alone.

A person may not also get away with muscle spasms and cramps. Tingling in the arms and legs can be likely felt. Fingers could also feel numb and tension in the jaw and teeth can be felt. These instances could sometimes cause extreme discomfort, so it is best to always seek guidance from one’s doctor to manage the pain.

Since the drug is a central nervous system depressant, it will impact one’s heart rate, blood pressure, and body temperature. With the absence of the drug in one’s system or a shift in the usual dosage, an individual can experience palpitations, hypertension, and fever. Sweating and tremors can also result from these conditions.

Insomnia and diarrhea can also commonly occur upon withdrawal. The lack of sleep may cause fatigue and other mood disorders. With diarrhea, it is important to always keep yourself hydrated to prevent dehydration. These conditions can also be extremely uncomfortable which is why keeping in touch with one’s doctor is a must.

Psychological withdrawal symptoms can be extreme and dangerous that is why the role of mental health professionals is essential to keep the person safely treated upon withdrawal. It is likely for an individual to feel out of themselves during the process and the support from the people around can be helpful to ease the burden of this phase.

Since Xanax is used to treat anxiety disorders, panic attacks, and even post-traumatic stress disorder (PSDT), symptoms of these conditions may be significantly felt at an increased level once a person undergoes withdrawal treatment. Anxiety, panic attack, and even paranoia can be very common as soon as the drug is removed from the body.

A person may experience mood swings and may have trouble concentrating or even remembering something. A short-term memory loss can occur and sometimes experiencing nightmares can be very common. Restlessness and episodes of depression can also usually happen.

Withdrawal can be a dangerous phase especially with this potent drug also known for its generic name as alprazolam. The symptoms could be fatal especially when one does it cold turkey. The safest way is to be guided closely by a physician as one’s dosage is slowly tapered off. The following are the dangerous symptoms from withdrawing the use of this substance:

Experiencing seizures is the most dangerous physical condition that can happen to anyone, and usually, this results from extremely excessive use of the drug. Seizures occur when a person is unable to control the movement of their body to the point that they may harm themselves. They may also lose consciousness upon the episode.

Hallucination is also another serious condition that can occur upon withdrawal. This can either be a visual or auditory hallucination. This is when a person experiences a false reality either by seeing something which is not real or hearing voices that are not there at all.

Delirium is a temporary condition where an individual finds trouble paying attention, appears confused and agitated, and finds it difficult to think and sleep. This is a serious case during withdrawal since a person may manifest behaviors of restlessness and disorientation so they have to be constantly monitored.

Depression is another condition to watch out for upon withdrawal. A person can experience feelings of emptiness and may appear withdrawn from anything which used to be of their interest. This can cause intense suicidal thoughts which can be life-threatening.

Xanax is a short-acting drug which means its effect can quickly wear off from the body. However, by taking each dose, the impact can go up and down very easily. This is the reason why tapering off can be challenging. The body will have a hard time adjusting to the changes of the dose since it has conditioned itself to the drug’s short-acting method.

Typically, withdrawal symptoms will begin between 8 and 12 hours after the last dose and can reach their peak on the second day. It may improve on the fourth or fifth day, however; some symptoms can be experienced a little longer. This is known as protracted withdrawal.

This is a state where a person can experience mild psychological symptoms which come and go for several months up to a year. To ease the discomfort brought by withdrawal, doctors may prescribe long-acting benzo known as Valium to give time for the body to adjust to the changes of the dose.