Lorazepam, better known as Ativan, is a benzodiazepine medication typically used to treat anxiety, but people can also use it to deal with epilepsy and other seizure disorders. You are allowed to have Ativan legally only if you have a prescription from a certified physician and conform to federal and state laws. Other benzodiazepine medications include Klonopin (Clonazepam), Valium (Diazepam), and Xanax (Alprazolam). Benzodiazepines are commonly used to treat various medical conditions, so they usually vary in concentration and form based on their specific use. Their widespread popularity and legal availability have made them one of the most prevalent illegally consumed prescription medications in the US. 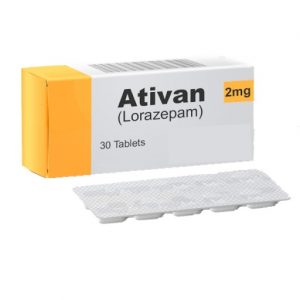 As a controlled Schedule IV substance, there are various criminal offenses associated with the distribution, possession, and use of Ativan and other prescription benzodiazepines without a legitimate prescription. Criminal penalties for illegal distribution, possession, and use of Ativan will depend on each state. They will also vary based on the amount an individual has in possession and their criminal history. Irrespective of the degree of the penalties, possession of a Schedule IV substance without a valid prescription from a physician is illegal in every US state.

Ativan is listed as a Schedule IV drug by the United States Drug Enforcement Agency since it has a low potential for addiction or abuse compared to substances like cocaine or heroin. On the other hand, simply because Ativan is not seen as physically addictive as heroin does not mean it cannot potentially cause addiction or be abused.

As a Schedule IV controlled substance, misusing or abusing Ativan can be harmful because it can easily make you dependent on the drug. Misuse involves taking medication for longer than it was intended or altering the dosage taken without the recommendation of a medical professional. Ativan must only be taken as instructed. You should not increase the amount or frequency of your medication dose without first consulting your physician. Additionally, it is also unsafe to stop taking the drug suddenly because it can cause withdrawal symptoms soon after. 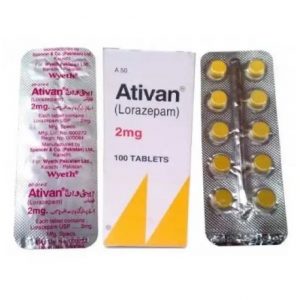 Having unprescribed benzodiazepines such as Ativan in your possession illegally is a severe criminal offense that can lead to high financial penalties, imprisonment, a criminal record, criminal prosecution, and arrest. This also applies if you are found with an expired Ativan prescription or a higher amount of the drug than was prescribed to you.

People suffering from substance abuse disorders and addiction to Ativan are more likely to constantly obtain the drug illegally through prescription fraud or purchasing them from the black market. Such methods can also land them separate criminal penalties.

Criminal offenses associated with the illegal possession of Ativan and other prescription benzodiazepines are usually prosecuted either as a felony or a misdemeanor at the state level. This will also depend on the amount in the person’s possession.

Possession of a small amount of unprescribed Ativan will be considered a misdemeanor and prosecuted as such. However, prescription fraud, distribution, and possession of larger amounts of the drug will lead to felony charges. The harshness of penalties at the state level mainly depends on the amount in someone’s possession when they are caught, how they got the drug, their criminal history, and the intent of substance possession. A misdemeanor offer usually leads to sentences such as imprisonment in county jail, small court fines, and probation. A felony offender will face harsher penalties such as imprisonment in state prison for up to ten years.

Other offenses, such as the manufacture and trafficking of benzodiazepines like Ativan, are prosecuted under the Federal Controlled Substances Act at the federal level. For first-time offenders, the recommended federal sentencing protocol for trafficking of controlled Schedule IV substances includes imprisonment of up to 5 years and financial penalties ranging from $250,000 to $1,000,000. Anyone with previous serious offenses or federal trafficking convictions is subject to increased fines of $500,000 to $2,000,000 and up to 10 years of federal imprisonment.

Legal and Illegal Ativan Use 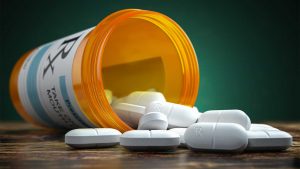 You need to have a legitimate prescription from a certified physician to be legally in possession of Ativan. Lawful possession also means you have an amount that is not expired and is following the allotted prescription. There are no exemptions to this law. If you have an Ativan prescription that violates any of the previously-mentioned conditions is a criminal offense that could lead to a felony or misdemeanor prosecution and other financial or legal consequences.

Anyone caught with legally prescribed benzodiazepines without having evidence of a genuine prescription could also be liable for arrest, depending on their state of residence.

Aside from the illegal trafficking, distribution, and possession of prescription benzodiazepines, there are also various criminal offenses associated with the illicit use of unprescribed Ativan. These crimes are prosecuted less frequently because they are harder to prove, but they still hold severe penalties.

People on probation or sentenced to court-ordered drug monitoring requirements are likely to get more legal penalties if they are caught high on controlled substances. This also applies if drug use is detected through a random drug test. Such penalties will probably surpass those of the first offense that put them in those conditions initially.

In all its forms, Ativan is detectable in hair follicle tests, blood, and urine for a considerable time after the last use. Since benzodiazepines have a somewhat short half-life before elimination, these drugs are usually out of your system several days after the last dosage.

If your Ativan use violates the conditions of a drug treatment program, parole, or probation, it could lead to severe financial and legal repercussions.