Detox is a process whereby the body gets rid of toxins and chemicals from dangerous, addictive substances. People getting heroin addiction treatment usually take detox as the first step of the recovery journey. Heroin is a very addictive drug that can pose various health risks to the user.

Due to its highly addictive nature, heroin usually requires a detox to clear it from the user’s system. This is because it does a lot of damage to the individual’s brain function and chemistry. Furthermore, when you try to reduce or stop your heroin use, you will experience intense cravings and withdrawal symptoms.

Heroin withdrawal can be so intense that it can make the person relapse instead of getting through it. The chances of a relapse happening are lower in a professional medical detox facility. The healthcare providers in a medical detox facility will use therapy and medications to help patients mitigate their symptoms. Medically-supervised detox also increases the chances of the recovering user going through withdrawal successfully and safely. 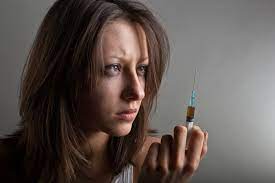 Withdrawal symptoms experienced during heroin detox are not similar for everyone. Different factors contribute to how dependent the person’s body and brain are on the drug, including the amount taken each time, the method of use, and the duration of heroin abuse.

As an opiate drug, heroin represses some central nervous system functions, such as temperature regulation, respiration, blood pressure, and heart rate. It also binds to the brain’s opioid receptors, which increases the chemicals in the brain responsible for pleasurable feelings.

When abusing heroin, the person will experience a rush of pleasure. However, during withdrawal, one will experience the opposite effects of heroin’s intoxicating and euphoric effects. Instead, they will experience an increased heart rate, anxiety, low mood, and sedation, in addition to other symptoms.

These withdrawal symptoms will differ in severity depending on the person’s duration of heroin abuse and level of dependence. Someone who did not heavily abuse heroin for months or years may have a more moderate heroin detox experience lasting a shorter period. 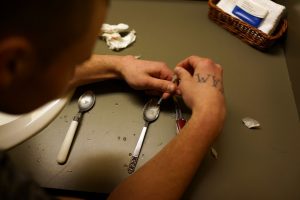 Generally, heroin withdrawal on its own is not considered dangerous, but some of the psychological and medical symptoms can bring about life-threatening complications. For example, depression may lead the patient to contemplate suicide.

For this reason, it is always best to go through heroin detox with support from medical/mental health specialists as they can help to manage the withdrawal process using various treatment approaches safely.

Medical heroin detox offers structured care around-the-clock. The duration of the detox typically depends on a few factors, such as:

Heroin detox typically starts with an extensive assessment where the patient will discuss their psychiatric and medical history and meet with a medical doctor. The first few days of detox might be spent resting or sleeping, as the process can be emotionally and physically uncomfortable. Fortunately, you will have the support of other recovering individuals and compassionate staff during medical detox.

You might meet with a therapist or case manager to learn the basics of relapse prevention and coping skills to handle heroin cravings. There are also clinical groups to attend during heroin detox covering group topics such as: 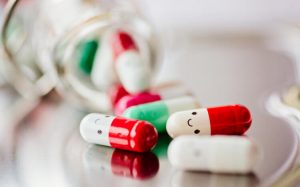 Heroin can be replaced with an alternative long-acting opioid to ease withdrawal symptoms and cravings. Some drugs used to address heroin withdrawal symptoms include anticonvulsants, antidepressants, and anti-nausea medications. A few pharmacological treatments help recovering users through the withdrawal process by managing the symptoms experienced.

Naltrexone or Vivitrol is an opioid antagonist administered to the patient via tablets or injections. It works by blocking the pleasurable effects of opioid drugs, eliminating the possibility of dependence. For this drug to work effectively, the patient should take naltrexone on time.

Buprenorphine or Subutex is a partial opioid agonist that decreases drug cravings and blocks the euphoria experienced due to heroin use. Suboxone can be administered as a dissolving strip or an oral tablet. When Suboxone is injected, the Naloxone component triggers withdrawal symptoms in the person. Since it is possible to misuse these drugs, you will need to take them under medical supervision only.

Methadone is an opioid agonist drug that acts on the same receptors in the brain as heroin or other opioid drugs. It has been used for decades to address heroin addiction and is highly effective for those unresponsive to other treatment approaches. However, since Methadone is an opioid, it has potential addiction and misuse; patients can only receive it via specific treatment programs.

Medical heroin detox lasts for 5 to 7 days as it begins before the drug is eliminated from the system completely. Individuals with a heavier heroin dependence problem can be in heroin detox for longer, almost ten days.

During heroin detox, you will receive aftercare referrals because this process alone is not enough to treat an addiction or abuse problem. Individuals struggling with a heroin abuse problem typically need long-term, formal care, which they can get from outpatient or inpatient treatment programs.

Even though heroin withdrawal can seem intimidating at first, the unpleasantness of it is temporary, and recovery is possible regardless of your situation.