Most alcoholics believe that they are affecting their lives solely. However, this is not the case, especially for those who have children. These vulnerable beings are affected in the highest degree and it may reflect on their interactions and behavior. Sometimes these effects last a lifetime. Most of the characteristics that are described by adult children who have been raised by alcoholic parents are the same ones reported by children who have undergone sexual and physical abuse at the hands of their parents. Additionally, these characteristics have been reported by: 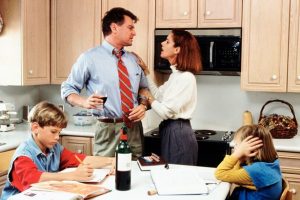 The American Academy of Child and Adolescent Psychiatry in the United States estimates that in every five adults, there is one who has gone through such an experience in their childhood. This shows how normal his situation has been made to appear. Parents are not aware that such an environment can influence and shape their future of their children forever. Mothers who drink when pregnant influence the lives of their newborns and put them at risk of developing fetal alcohol syndrome. This syndrome is carried on into their adulthood. Most of these children develop substance abuse traits when they become adults.

The aim of this read is to show the impact you have on your children if you overindulge in alcohol consumption. These effects run through adulthood. Below are some of the ways in which alcohol might affect your children, as they become adults.

Effects of Parental Alcoholism on Children 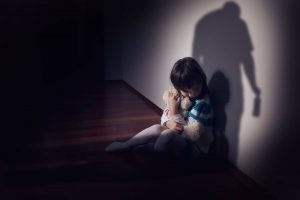 Are you an alcoholic? Do you have kids? Have you ever thought about the effect that your alcoholism has on your children? Please try to find help as soon as possible. If they have already been exposed to the effects of your alcoholism, please try to get help for them as well. This will help them cope before they are adults. In fact, one of the modes of healing should include spending more time with your children. You will be able to focus on them and reignite the bond to help them develop in a healthier and stable environment. Additionally, this might motivate you to be better and keep focusing on your detoxification. Your children deserve a positive environment for their development.

On the other hand, if you are a child who has been exposed to the effects of alcoholism, you should seek help and support. Know that you are not alone and that there are people who are ready to help get the treatment and healing that you deserve. Forgiving and trying to restructure your life is going to be hard, but it is necessary.

Signs in Children of Alcoholism At Home

The most common symptoms of alcoholism include:

The following are some of the recommended ways you can use to treat alcoholism: