Ethanol or alcohol is a volatile, colorless, and highly flammable liquid with a bit of an odor. It has existed for centuries and was discovered as a product of ethylene hydration or the fermentation of plant matter. Ethanol is incredibly versatile and mixes well with water and other solvents, meaning it has multiple uses. Ethanol is primarily used in alcoholic drinks. Other forms of it are also used for workplace or household items such as perfumes, varnishes, household cleaning products, medicines, beauty products, and gasoline additives, to mention a few. 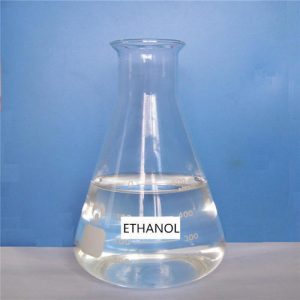 Ethanol may be commonly used, but it is still quite dangerous, especially since it is flammable. Even though it can be taken in alcoholic drinks, taking ethanol on its own can cause death and even coma. It is still a toxic chemical that people must handle with care regardless of where or how it is being used.

Many people struggle with alcohol use disorder, and individuals with this condition have difficulty controlling how much alcohol they take. They also frequently experience alcohol cravings and may have a physical dependency on alcohol. Nevertheless, since it is easy for anyone over 21 years to purchase alcohol, the substance is easily accessible. In some cases, people might not obtain liquor, wine, or beer, so they turn to other alternatives. In such cases, someone with an alcohol use disorder might develop a very high tolerance to alcohol making them look for more potent forms of alcohol to take for them to become intoxicated. Even though too much ethanol from alcoholic drinks can be dangerous for the body and the brain, taking other forms might be even more toxic for the individual. An example of a dangerous type of ethanol is Isopropyl alcohol, commonly known as rubbing alcohol.

Rubbing alcohol or isopropyl alcohol is a potent solvent used to clean up grease or chemicals like paint. It is available in several purity levels and can even have an ethanol content of 99 percent. Some forms of it used in the household might range from 60 to 90 percent alcohol. Rubbing alcohol is mostly a combination of 30 percent water and 70 percent isopropyl alcohol. Even though rubbing alcohol is very useful and commonly found in most stores and households, it should not be confused with drinking alcohol. It is an industrial solvent not intended for consumption. Someone struggling with alcoholism or alcohol addiction might assume that because rubbing alcohol has the word “alcohol” in it, it is safe for drinking, but that is far from it.

There are three kinds of alcohol as categorized by chemists. They include ethyl alcohol, methyl alcohol, and isopropyl alcohol. Rubbing alcohol is made using isopropyl alcohol. It tastes horrible, is colorless, and often smells like nail polish remover. It is primarily used in medical settings and has been nicknamed “surgical spirit” in some world regions to make it more unappealing to anyone considering drinking it. It is usually combined with other chemicals in a laboratory giving it an unpleasant taste. 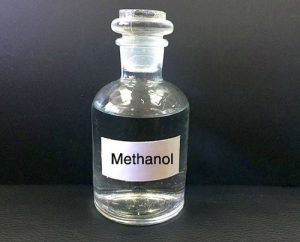 Methyl alcohol, wood alcohol, or methanol is produced through the destructive distillation of wood and is found in paint thinner or remover, among other substances. Methyl alcohol is also flammable, colorless, and has a strong smell. It can be absorbed through one’s digestive system, lungs, skin, or eyes. Ingesting methanol can cause damage to the intestines, stomach, and nervous system. Other symptoms include fatigue, low blood pressure, blindness, blurred vision, and difficulty breathing.

Ethyl alcohol, ethanol, grain alcohol, or drinking alcohol is usually found in alcoholic drinks. It is also flammable and colorless. However, when denaturants are added to it (harmful chemicals that discourage consumption), it can be used as an antiseptic or a fuel additive. You can drink diluted ethanol, but it is not entirely foolproof. Alcoholic beverages contain varying percentages of alcohol, ranging from 2 percent for undistilled alcohol to as high as 96 percent for distilled alcoholic drinks. 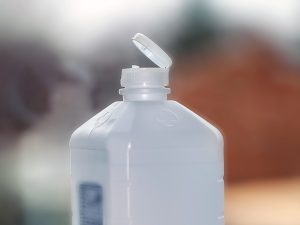 In contrast, rubbing alcohol has 70 percent of isopropyl alcohol when measured in terms of ethanol content. However, it is broken down differently in the body if consumed, resulting in your system becoming overpowered by the toxins produced. It is possible to consume rubbing alcohol, but doing so is very harmful to the body. Isopropyl alcohol is not manufactured in the same way as ethyl alcohol. Liquor, wine, and beer are distilled or fermented while rubbing alcohol is explicitly produced in a lab for external sterilization purposes.

It is not strange for people with chronic alcohol addiction to consume rubbing alcohol or other forms of non-consumable alcohol to become drunk. However, drinking rubbing alcohol can result in alcohol poisoning and possibly death.

Drinking 99% rubbing alcohol affects your digestive tract the most, even if you only take a small amount. These extremely high alcohol levels will be metabolized by the body to produce acetone. If you take enough rubbing alcohol to become intoxicated, it can result in organ damage. Rubbing alcohol can cause side effects such as intoxication, headaches, and dizziness. As a depressant, it may stop or slow down some of the body’s involuntary actions by affecting one’s gag reflex, altering one’s breathing, or reducing heart rate. This can make the individual choke on vomit or deprive the body of oxygen. Reduced circulation from changes in one’s heartbeat may also damage the organ systems. It will also irritate the gastrointestinal system causing one to vomit blood and abdominal pain, and nausea. Isopropanol in rubbing alcohol also has a higher molecular weight compared to ethanol making it more intoxicating. It can cause cardiopulmonary collapse, hypothermia, hypotension, and altered sensorium.

Rubbing alcohol will also be highly potent, thus drinking it may lead to internal burns. The upper respiratory area, the esophagus, the back of the throat, and the mucous membranes in the nose and mouth may all get chemical burns upon contact with the alcohol. The effects of these chemical burns include cramping and intense pain.

An individual who consumes a lot of rubbing alcohol in a sitting might experience an excess of fluid in the lungs accompanied by inflammation and pulmonary swelling. This also makes breathing difficult leading to oxygen deprivation.

Consuming any reasonable quantity of pure ethanol (100%) can lead to acute ethanol poisoning and should not be attempted. Anyone who drinks pure ethanol may overdose very quickly hence why it is crucial to get medical attention quickly.